Carmelo Anthony: Chess King While Contemplating His Future, Knicks Star Reveals Affinity for Game By CHRIS HERRING March 28 Since February, free-agent-to-be Carmelo Anthony has suggested that he'd be willing to re-sign with the Knicks if the organization can convince him that things are headed in the right direction. So earlier this month, when Anthony praised the team's decision to hire Phil Jackson as an executive by saying "I'm a chess player, and that [hire] was a power move right there," fans saw it as a promising sign that the seven-time All-Star might just want to stay with the franchise long-term. But while fans have been parsing Anthony's words to get a sense of which way he might be leaning, most seemed to overlook another part of his comment: that, unbeknown to basically everyone, he plays chess. Asked about his chess-playing, Anthony said he'd spent considerable time reading about the game in hopes of being able to teach himself how to play. He said he has most frequently found himself locked in competition against family friends at off-season dinner parties. "Just over the last couple years," said the 29-year-old forward, who posted an Instagram photo of famous chess player Bobby Fischer earlier in the month. "It's something I always wanted to do, but after a while I figured it was so complicated that I'd never be able figure it out. I still don't have it down pat to where I'm some expert. But I've figured out the basics to where it's something that I'll have for life." What sets Anthony apart is the age at which he chose to pick up the game.
Publicado por ThorOdinson64 en 9:00 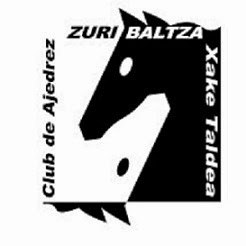